Cooking with goat is a favourite ingredient with some of the country’s best and most interesting chefs, including many Michelin starred restaurants. Goat is increasing in popularity and is set to become a staple of the British dinner table. James Whetlor from Cabrito Goat Meat began selling goat meat, sourced from British dairy farms to London restaurants in 2012. To reflect the increasing demand and appetite from diners he developed a range of products, including chops, diced and mince. making kid meat widely available to buy online. 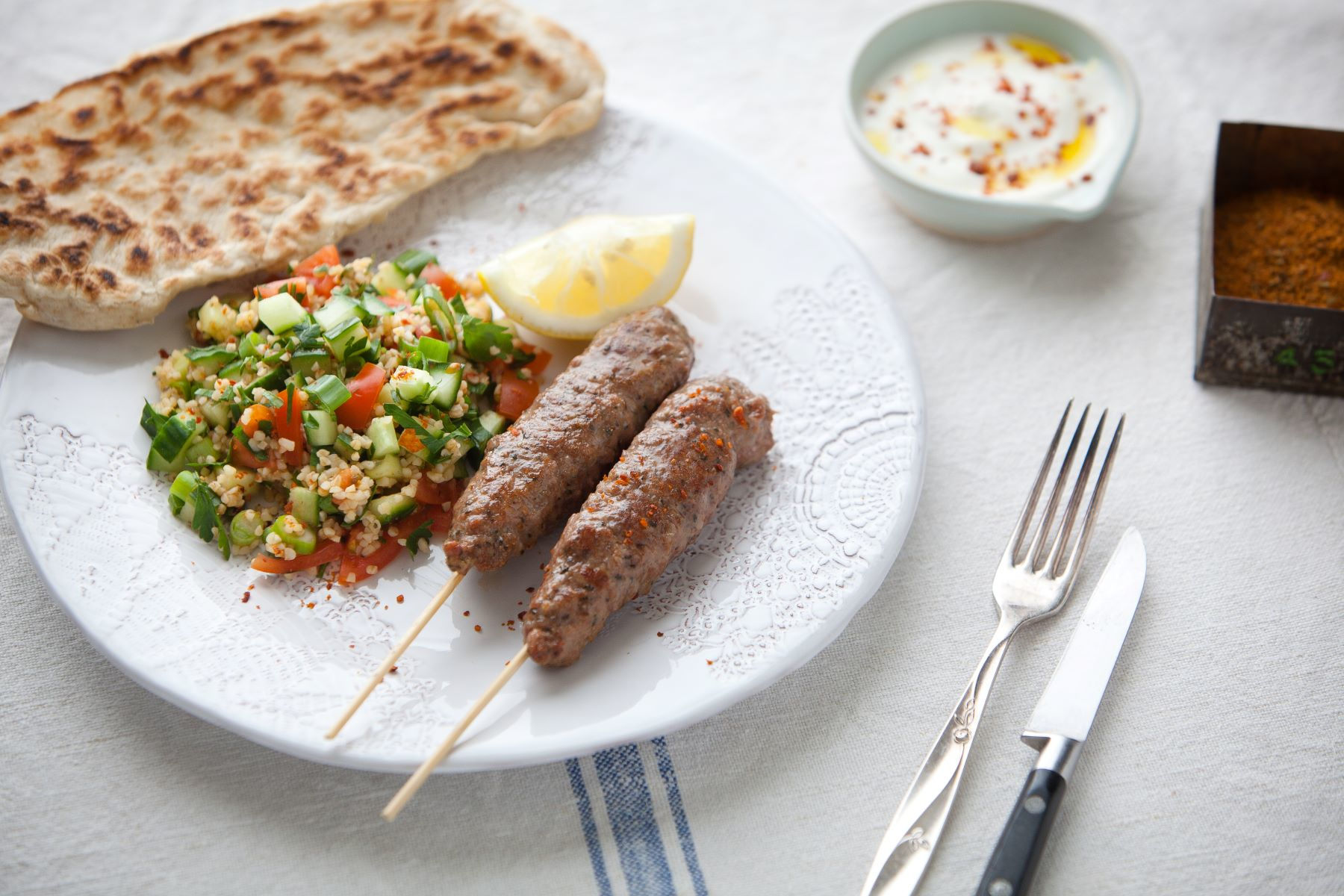 Half a teaspoon of Allspice

In a bowl mix together the Goat Mince, allspice, and garlic (season if you wish). wrap the mixture around the sprigs of rosemary to make the kofta shapes with the rosemary stalk showing at one end. Cook on a hot grill pan, turning until cooked all the way through. Serve with pittas, yoghurt, and lemon wedges.

Coombe Farm Organic is rated 4.74 stars by Reviews.co.uk based on 3054 merchant reviews

4.74 / 5 Rating
3054 Reviews
Fantastic! Great homemade taste.
"Sue Angold"
Excellent service. Impressed with the speed of the delivery and the fact that I was kept up to date on a regular basis. Gorgeous tasting meat !
"Kate Prowse"
All the meat was good quality but the sausages were very rusky with poor taste. Came delivered promptly at given time with lots of ice packs, very impressed.
"Heather Boult"
Click to read more Coombe Farm Organic reviews at Reviews.co.uk.