We know what it’s like come Christmas – you get all ambitious with your menus but time seems to run away from you double-quick. Which is why having some speedy wins up your sleeve is such a relief.

Fast pickling might seem like a contradiction in terms. Isn’t pickling by its very nature a slow affair? Well, no, it doesn’t need to be. It’s easy to capture that crunchy bite and zingy tang in a matter of moments. And the added advantage of taking the fast route to seasonal pickles is being able to make small batches, matching them perfectly with your festive dishes. 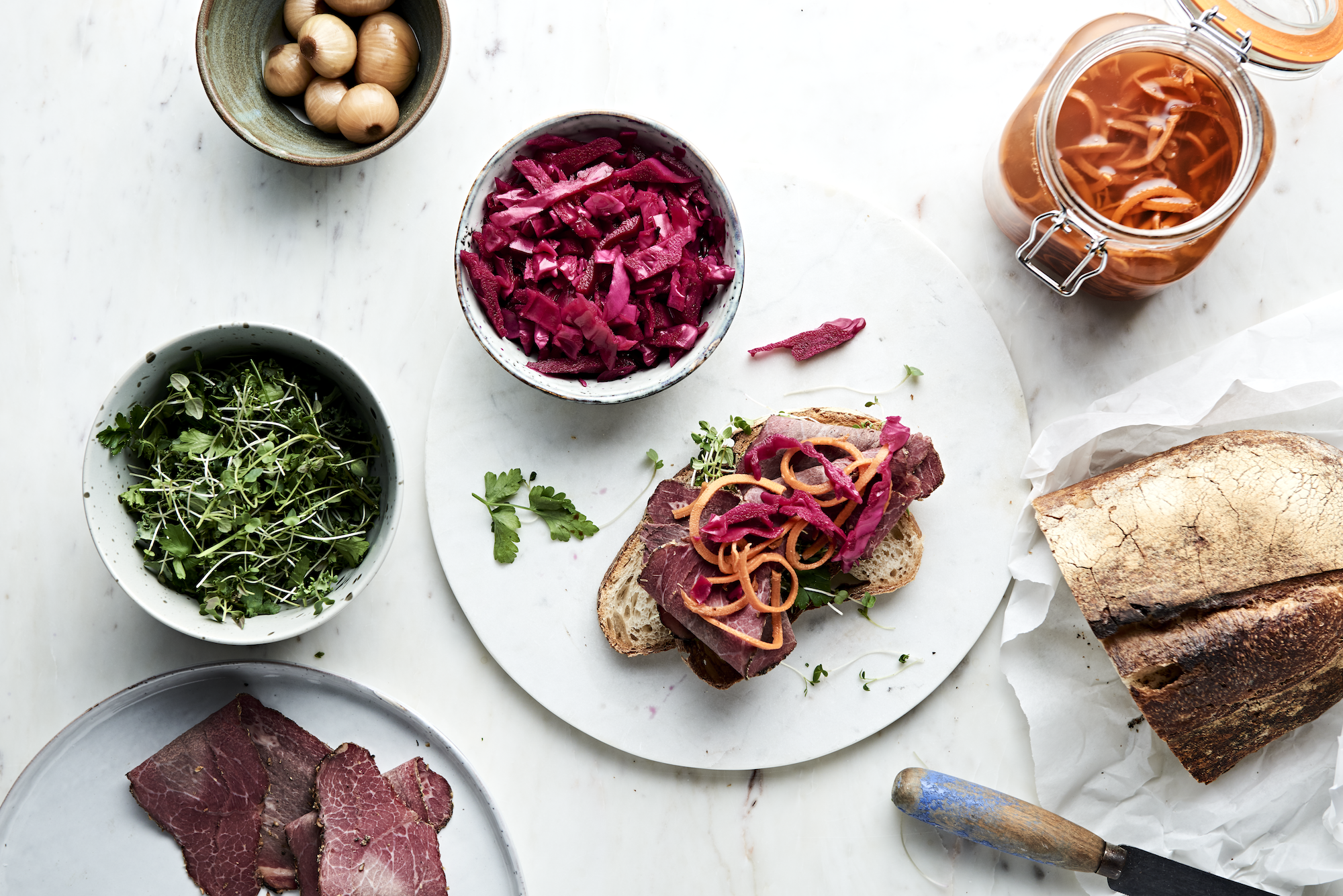 • Rare beef with dill cucumbers: slice a cucumber into thin rounds then layer into a colander, sprinkling each layer lightly with table salt. Put a weighted plate on top of the slices (a couple of cans will do the trick) for half an hour, so the excess water seeps out. Once drained, rinse off the leftover salt and give the veg a good shake. Then toss the cucumber with a brine mixture flavoured with fresh chopped dill, a sprinkling of yellow mustard seeds and a pinch of turmeric for colour.
• Duck with red cabbage: very finely slice some red cabbage (discarding the core) and red onion before popping them into a small saucepan. Pound a couple of juniper berries until they’re roughly crushed and add to the cabbage along with a good pinch of ground black pepper. Pour in enough brine to just cover the veg and bring the pan to the boil. Bubble for a couple of minutes – you want the cabbage to be softening but still with a good amount of bite.
• Goose breast with spiced pear: cut some firm pears in half lengthways, without peeling them. Scoop out the seedy core then slice thinly to make semi-circles. Toss the fruit in brine, adding a cinnamon stick and a couple of star anise. Keep in an airtight container until you’re ready to serve. These are best eaten the same day.
• Smoked salmon with beetroot: peel some fresh beetroots and chop them into matchsticks. Steep in a cider-vinegar brine alongside a good sprinkling of earthy caraway seeds.
• Cold turkey with carrot and fennel: finely shred some fennel and make ribbons of carrot using a sharp peeler. Toss in brine, adding some fennel seeds and coriander seeds.
• Gammon with Christmassy cauliflower: break a cauliflower into small florets, discarding any thick stems. Put into a small saucepan, cover with brine and bring to the boil. Bubble for a couple of minutes. Add some zesty green apple chopped into cubes, a thinly sliced onion, a couple of cloves and some sprigs of fresh tarragon. Let this one mature for a couple of days before serving with cold-cut gammon and cheese.
Method

1. Thinly slice your chosen veg. Go super-thin if you want to be really speedy; you can afford to chop a bit thicker if you have more time to wait for your pickle to mature.

2. Make a brine of equal parts of water and vinegar. Choose from white wine vinegar, cider vinegar or rice vinegar and add a good pinch each of sea salt and sugar. Adding herbs and spices gives you another flavour dimension.

3. Combine the veg with the brine, tossing well without being too rough. Let the mixture sit for a couple of hours before serving, or keep in a jar in the fridge for up to 3 days. 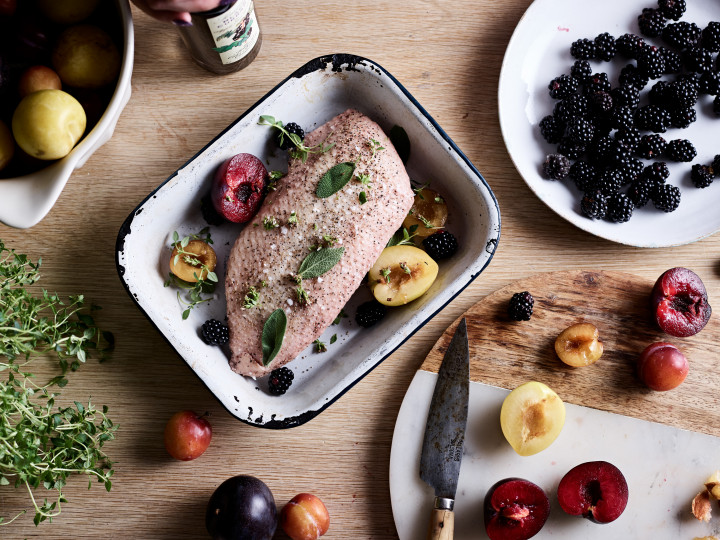 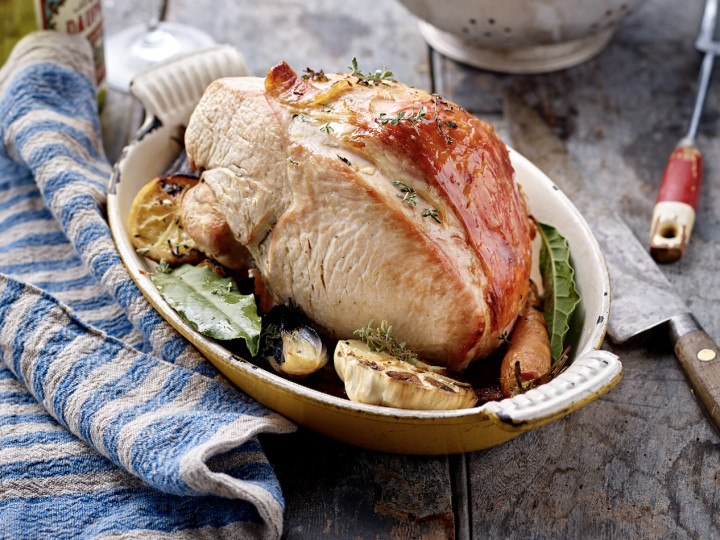