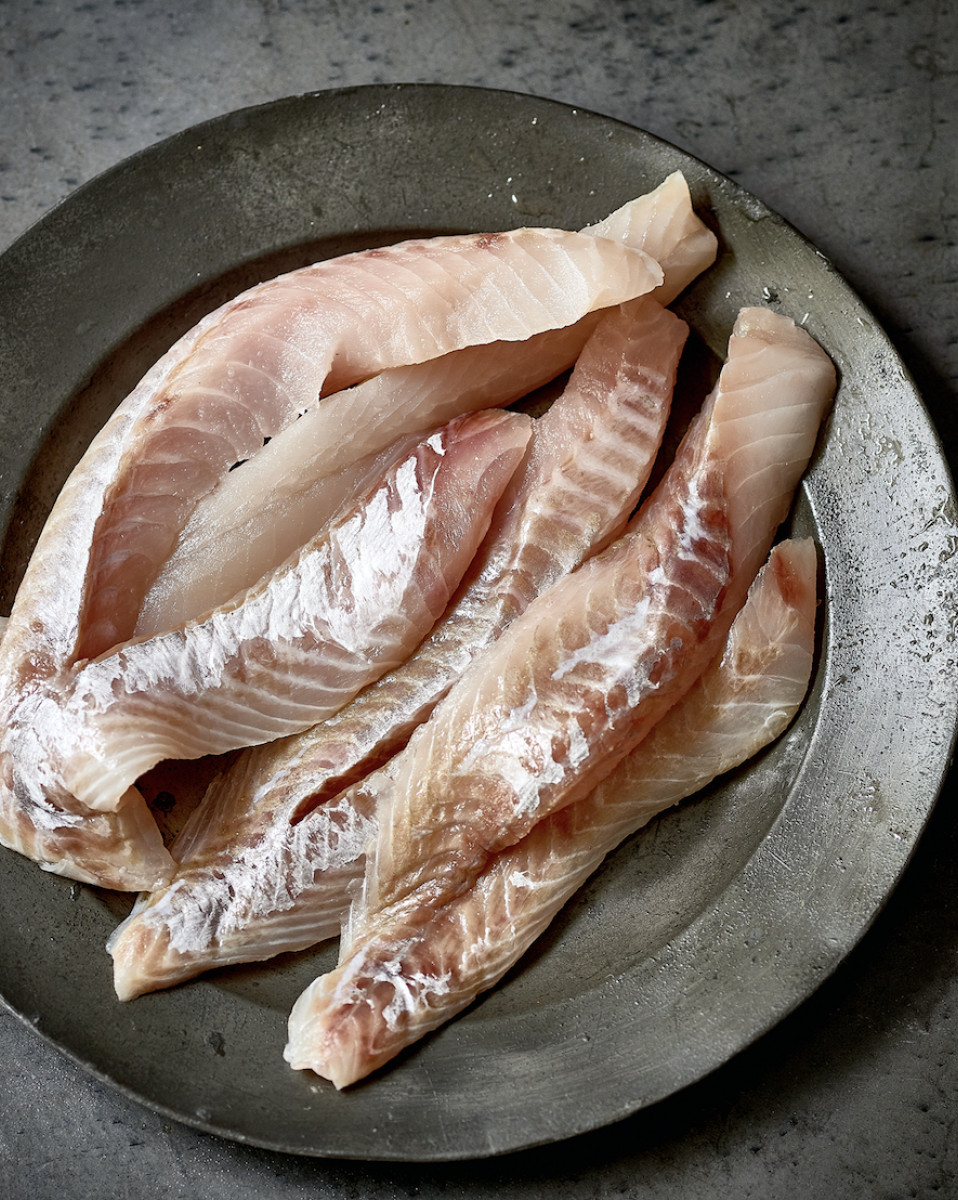 With its red or grey skin, large, armoured head and ferocious spines, gurnard is a distinctive, but not exactly pretty fish. It lives and feeds on the seabed and has traditionally been discarded by fishermen or used as bait in lobster pots. But luckily, we're coming to our senses now and starting to enjoy its lean, white flesh as a sustainable alternative to over-fished species like cod. The bony structure of gurnard does make it a little bit difficult to deal with, so at Coombe Farm Organic we sell it ready filleted, meaning you're spared the fiddly bit and left free to get on with cooking this flavoursome fish.

Gurnard is widespread across the Atlantic and Mediterranean and, due to traditionally low demand for them, are a non-quota species. Coombe Farm Organic gurnard is sourced locally from Devon markets and is at its best during the colder months of the year. Our suppliers process and freeze it as soon as it's landed, assuring you of optimum freshness.

With really super flavour, the gurnard is a versatile choice, excellent in hearty staples like fish and chips or homemade family favourites like fish fingers. Its meaty and firm-but-flaky texture works well in fish stews and fiery seafood curries. Try it in a traditional Provençal bouillabaisse, alongside monkfish, red mullet and John Dory. Make a rich, well-reduced sauce with onions, celery, fish stock and plenty of chopped and puréed tomatoes. Flavour it with saffron, star anise and a good splash of Pernod, before poaching the fish in it. Serve garnished with garlicky croutons and a crisp Sauvignon Blanc.

Coombe Farm Organic is rated 4.74 stars by Reviews.co.uk based on 3066 merchant reviews