The native grey partridge is free-roaming on the wild, open moorlands of Dartmoor. Their diet consists of sweet heather seeds and abundant insects making for a delicate and tender flesh which, when young, is pale and full of flavour. It's a small bird, so a whole one feeds one person​. Our Game is harvested by folk licensed to do so and only during designated 'seasons'. For Partridge that is the 1st September – 1st February. 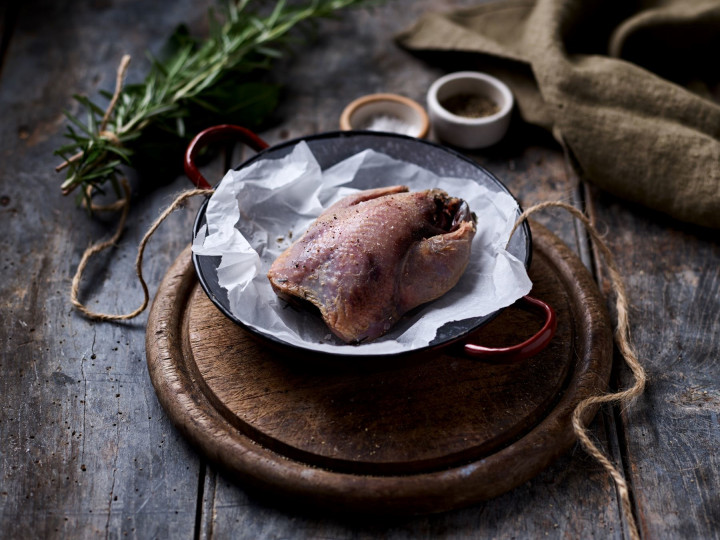