Pigeon spends a greater amount of time in the air and works its muscles harder than other birds, and it is for this reason that it resembles the other darker fleshed game like duck and goose. Our wood pigeon are mainly shot in the Devon countryside, where they live a truly wild life on diets as natural as can be. 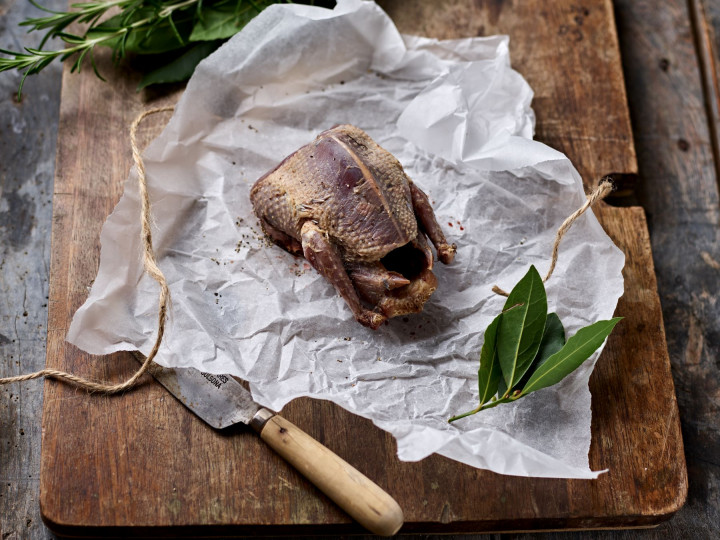