Looking after the land

organic september - Looking after our land 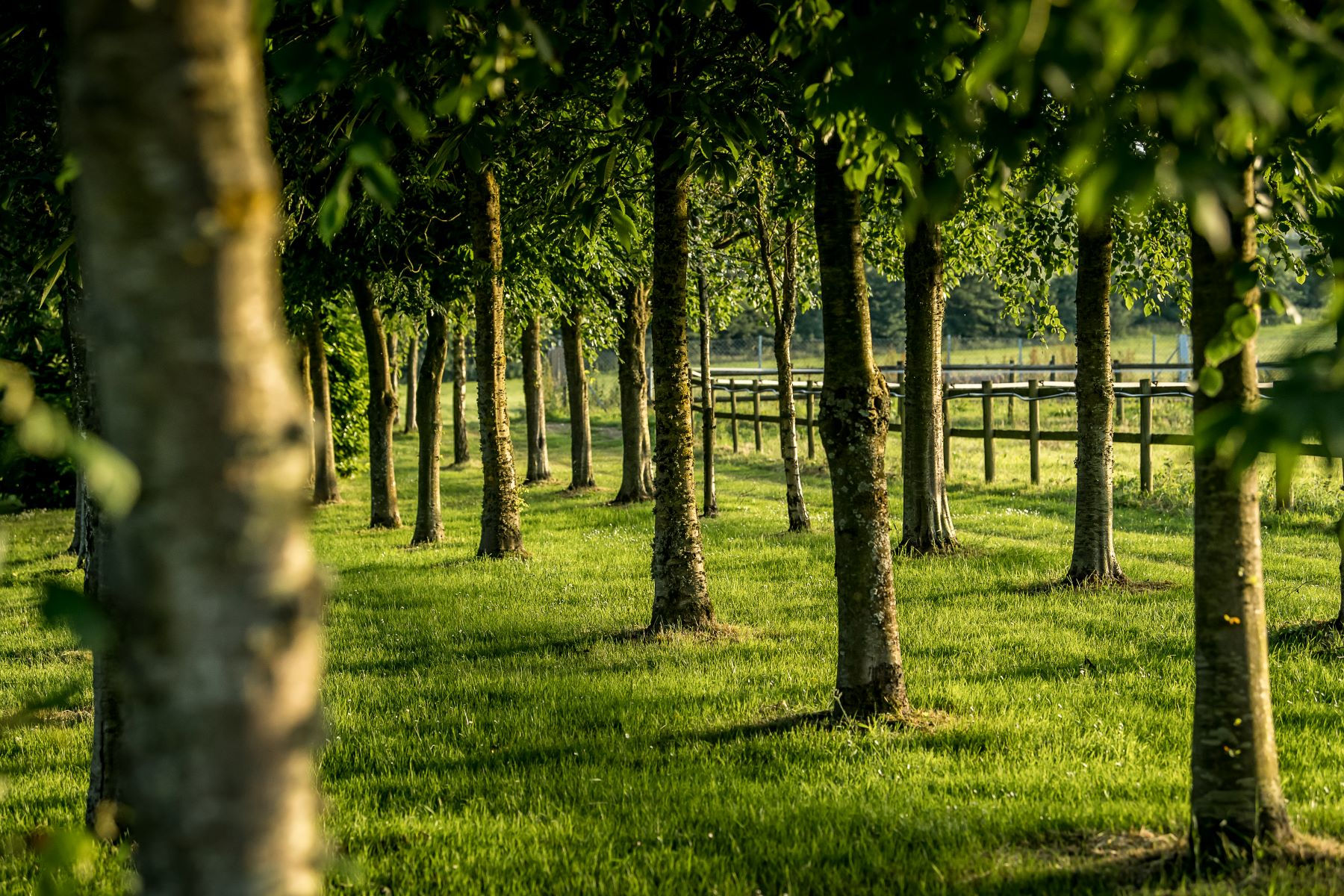 Organic September shines a light on organic farming and rightly so. This month is dedicated to exploring, celebrating and educating the nation on everything organic! In previous articles this month we have discussed why we made the switch to organic, the organic animals we breed and rear, the organic producers we work with and finally we want to dedicate this article to all things green…the environment and the impact organic farming has upon it.

Organic farming has the potential to help fight climate change. You’d have to have been living under a rock to not be aware of the devastating impact pollution is having on the environment. Factory farming rightly so gets bad press for its contribution to climate change as it can releas vast amounts of greenhouse gases, but organic farming couldn’t be further from this method of farming and can actually have some very positive effects on the environment.

Coombe Farm is nestled in the Somerset hills and forms part of the A.H Warren trust along with two further farms which in total encompasses 2700 acres. The trust’s heritage lies in working with the natural cycle of traditional farming and food production and over recent years has developed these traditional skills to embrace the values of organic methods of animal care, cultivation and food production. We refuse to bow down to the pressures placed upon farmers to produce more, quicker and for less money. We instead focus on the long game - we see ourselves as custodians of the land and we want to make sure we nurture our land, enriching the soil and giving back what we take out, and ultimately preserving it for generations to come.

So how do we achieve this…we farm without the use of artificial fertilisers and pesticides, with soil fertility maintained through the use of composted manure and crop rotation with nitrogen-fixing crops; this rotation also helps to control weeds and disease. It's important to us to avoid environmentally damaging chemical fertilisers that compromise the soil's wellbeing. Soil is one of our most important tools in the fight against climate change – there are 2,500 billion tonnes of carbon stored in the world’s soils! That’s more than in the plants, trees and the atmosphere combined. Each of our farms has their own ‘fertilising plan’ which includes regular careful analysis of nutrients to ensure they continually get what they need to thrive. Our compost is formed from farmyard manure that is stored for 6 months, allowing it to build up heat which kills the weed seeds. It is turned regularly, each time being left to heat up, and when decomposed into a rich compost is spread back onto the land. This is the ultimate method for recycling nutrients back into the soil. As a result, organic farmland stores (or ‘sequesters’) more carbon – on average 3.5 tonnes extra for every hectare), and organic soils are around 25% more effective at storing carbon in the long-term.

Instead of relying on pesticides, we aim to create a natural balance between plants and animals relying on a whole ecosystem to keep pests under control, where animals like beetles and birds feed on pests such as aphids and slugs. If pesticides used in conventional farming were substituted for more sustainable farming practices like organic, this could slow or reverse the decline in insects.

We are a real haven for wildlife, going above and beyond the basic organic requirements. We trim hedges on a two-year cycle, allowing birds to breed, flora to grow and seeds and insects to thrive. Two-metre field margins are left uncultivated which benefits flora and fauna, and fencing off riverbanks and ditches prevents the disturbance of vegetation and animals. On average, plant, insect and bird life is 50% more abundant on organic farms. We work with Farming and Wildlife Advisory Group (FWAG) to actively encourage nesting birds and rare wildlife species such as the Lesser Horseshoe Bat, Water Voles, Barn Owls and Song Thrushes. We are also lucky enough to have wild flower species such as Greater Stichwort, Pignut, Ragged Robin, Autumn Hawkbit and Marsh Valerian present on the farm.

If you ever have the pleasure of meandering down the farm’s drive, you will spot our solar panels on the roofs of our buildings and in our fields. Harnessing solar power makes us fully self-sufficient. We’re proud to have been one of the first to generate and use solar energy in our area. A regulation of having the panels is that the land must still have agricultural use, so often you’ll see our sheep grazing amongst them. In hot weather the panels provide shade for the sheep and, in return, they mow and fertilize the grass.

Moving onto water, one of the world’s most precious resources. We have adopted an innovative way of managing the farm’s waste water from the dairy processing unit (managed by Yeo Valley Organic), who have long faced the problem of disposing of the dirty water used to wash down the facility every day. Conventionally it would be tankered off-site, leaving a sizeable carbon footprint. To avoid this, we reuse the waste to fertilise our fields. The liquid (a mix of water, yoghurt and milk) is collected from the unit and mixed with the dung (known as ‘slurry’) from our 450-strong herd of milking cows. The mixture is put through two ‘slurry pits’ or ‘settling ponds’ that allow the solids and liquids to be separated. They’re then filtered into a final pit for storage, before being sprayed or spread onto the land. It’s a great way of turning a by-product into an organic fertiliser and minimising our environmental impact.

So now you can appreciate the work that goes on behind the scenes to produce the contents of your organic meat box whilst caring for our environment, its soil and wildlife. The story behind the company is captivating, we hope that Mr Warren, whose wish when he died was that the farm became a trust, would be proud of the work our farmers are doing, day in day out to preserve his legacy. 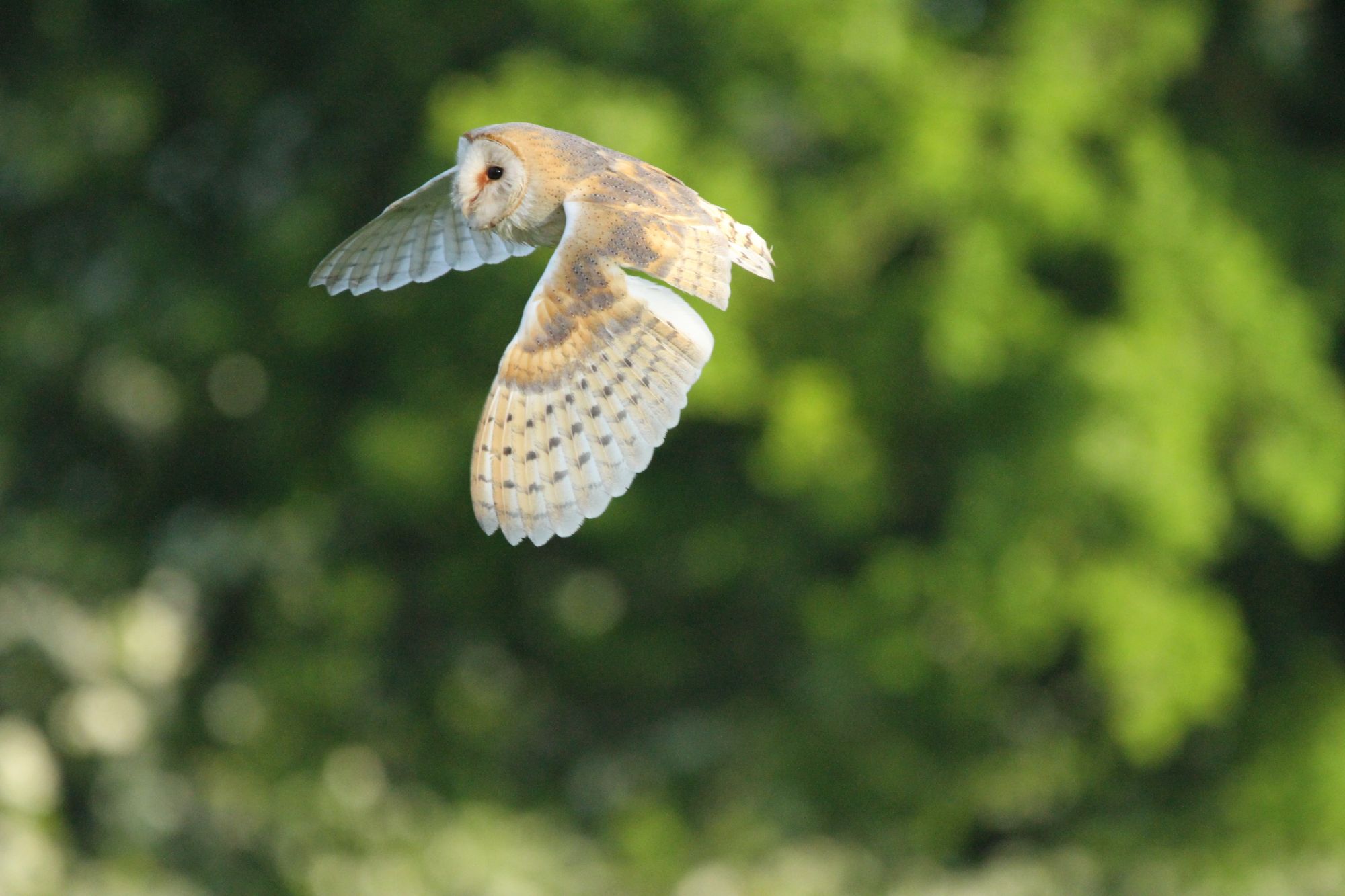 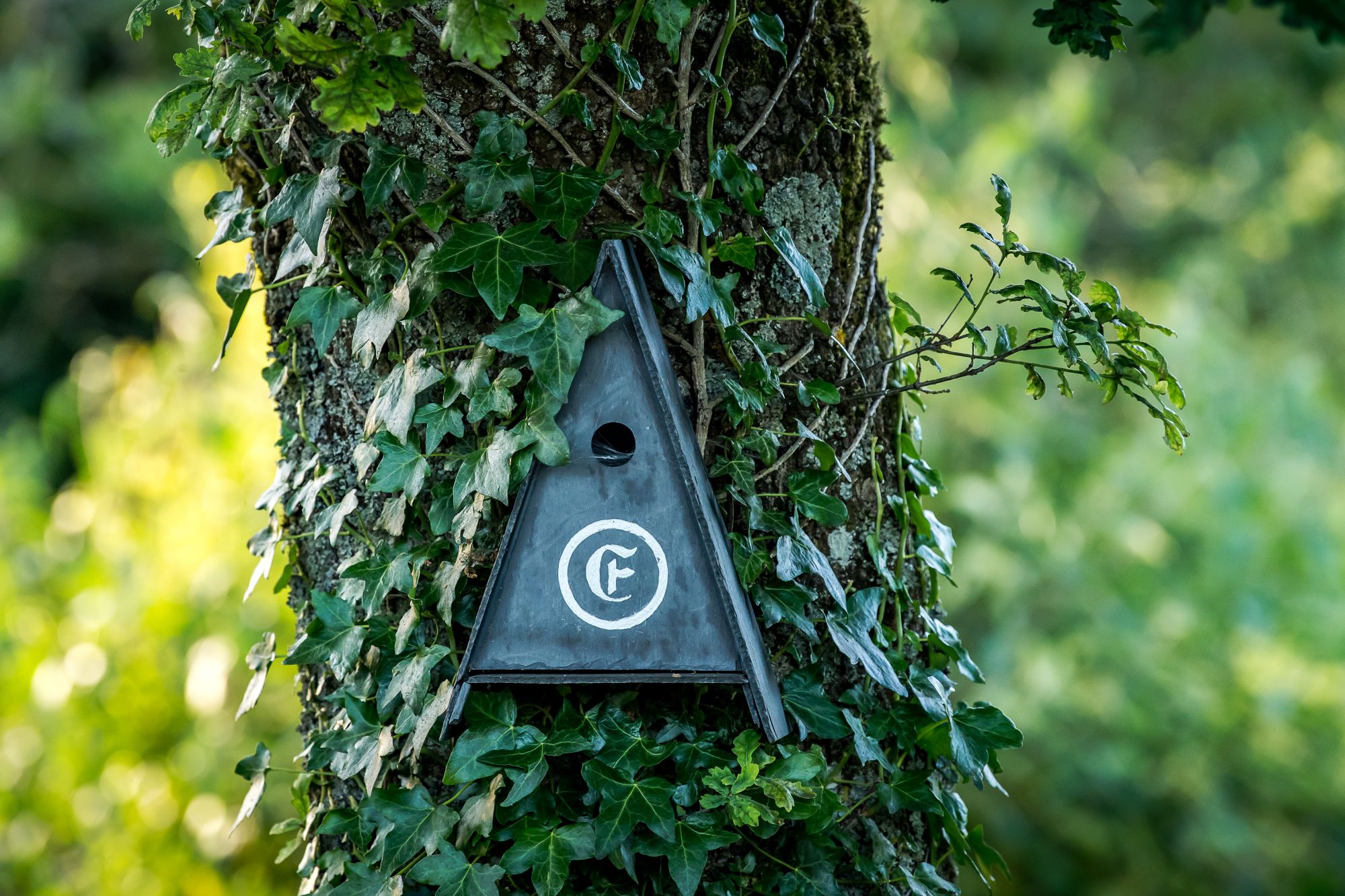 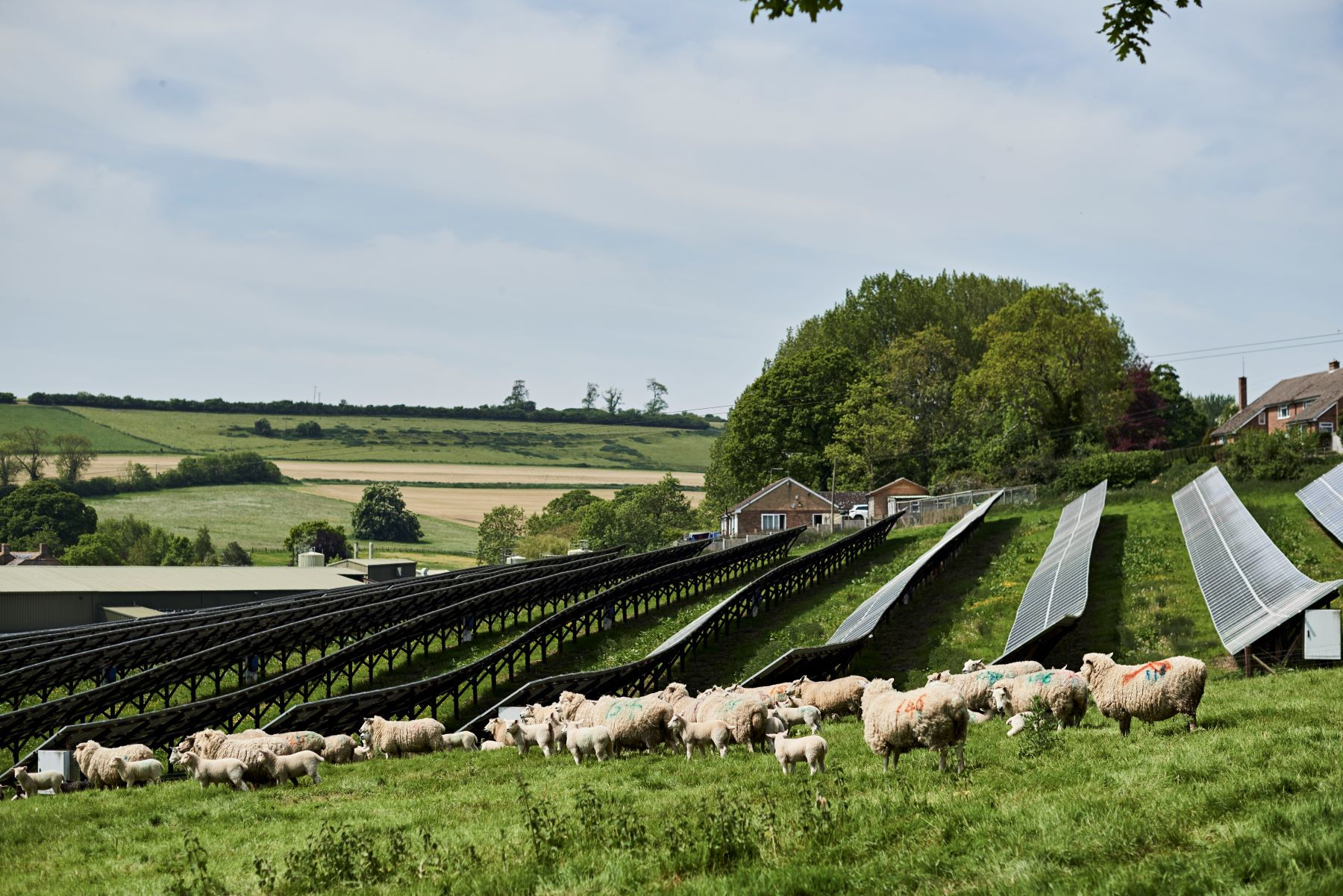 Coombe Farm Organic is situated on Coombe Farm near Crewkerne, which was owned by Andrew Warren. When he sadly passed in the 1986 he left the estate into trust which created the A H Warren Trust. The farm gained Soil Association Organic status in 1999 and had been solely a dairy farm for many years. To this day there are 3 dairy farms which are owned by the trust which and along with several locally owned farms contribute to the Coombe Farm Organic Milk Pool. All of the organic milk is delivered directly to Yeo Valley, who manage an organic dairy processing unit on the Coombe Farm site. 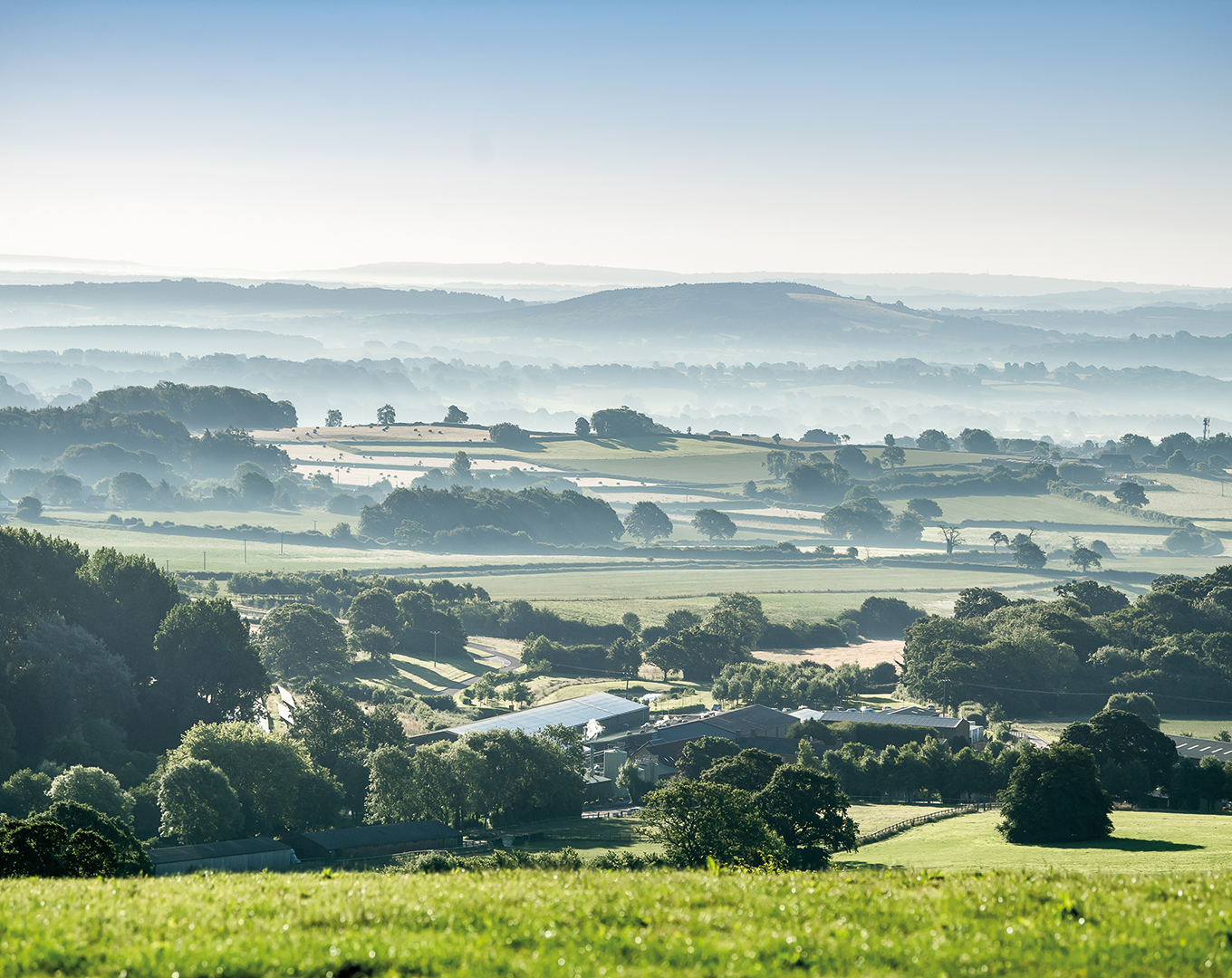 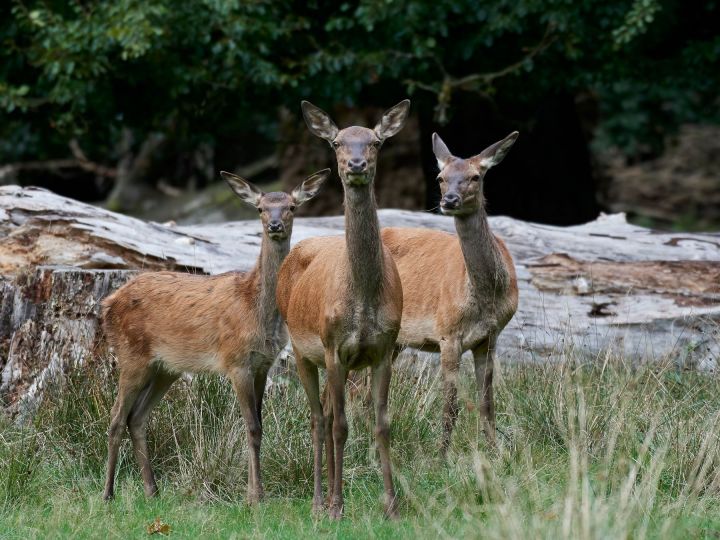