It’s Organic September, a whole month dedicated to celebrating everything organic and raising awareness of the benefits of organic farming and food. The world is changing around us, climate change is an issue we simply can’t ignore, wildlife is declining and diet-related ill-health is on the increase. The time it seems, is upon us to get savvy about how our food is produced and take ownership for our choices when it comes to supporting food systems.

That is why at Coombe Farm Organic we have dedicated the last 21 years to farming an organic system. The farm gained Soil Association Organic status in 1999. For many years the estate was solely a dairy farm, but for the last five years we've also produced award-winning organic grass-fed beef, lamb and pork and work alongside other local organic farmers who supply us with poultry, game and venison, all to the same set of rigorous standards.

But why make the switch to organic? Well, why not? For us it was a no brainer - it made much more sense to work with nature rather than against it. Organic certification is the crème de la crème of farming for so many reasons and we are extremely proud of our Soil Association organic status. Organic farming demands the highest standards of sustainability and animal welfare, with the environment and land management at the heart of all farming practices.

What makes us organic? Our products carry the impeccable Soil Association label so that you as the consumer can rest assured that what you are buying is certified organic and all that it stands for. But this is more than a label, it represents the hard work and dedication our organic farm team have given to this method of farming and food production. There are reams of legislation they must adhere to, day in out, but most seem to us as good sense anyway. No artificial fertilisers can be spread on the land, only natural pesticides can be used, and GM products are not permitted. Animal welfare is a top priority - livestock is properly free-range, allowing them to live freely, roaming and foraging as nature intended. The use of medicines is not routine and instead are used only when absolutely needed. The soil is also respected and treated as more than expendable terrain.

So, of course organic is so important for land management and animal welfare, but what about the benefits to you as the consumer of organic produce? There are a number of studies that suggest organic meat is higher in levels of omega -3 and there is no doubt that avoiding the consumption of animals reared with antibiotics can only be a good thing. But above all, organic meat also tastes as meat should taste - full of real, distinctive flavour. So much of the meat consumed in the UK has been farmed in a conventional farming system, where the animals are not slow grown and allowed to mature. Instead, they are reared quickly and to compensate for lack of muscle development, can be pumped full of water to give the illusion of fuller cuts of meat, when actually the result is shrinkage when cooked, releasing this excess water.

For us, Organic September is a great initiative and a timely reminder of what the organic symbol stands for. It really is the only way to consistently guarantee that the food and drink we buy has been made in a way that is better for people, animals and wildlife, and respects the natural environment.

How to keep bees happy

There’s something hypnotic about watching bees at work, humming and hovering over a colourful array of flowers. Buzz on over to find out why being organic works in harmony with our environment. 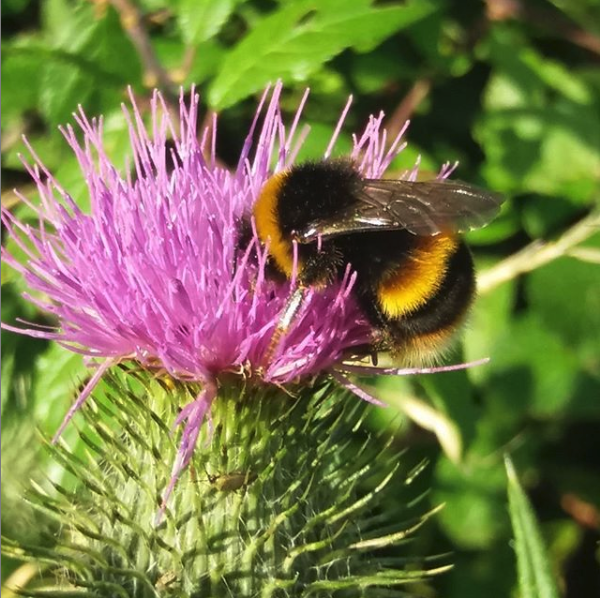 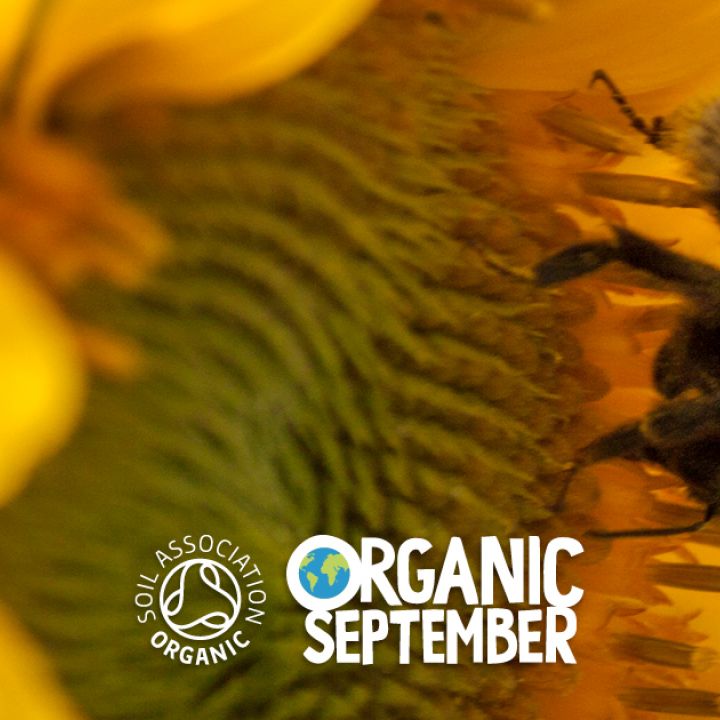 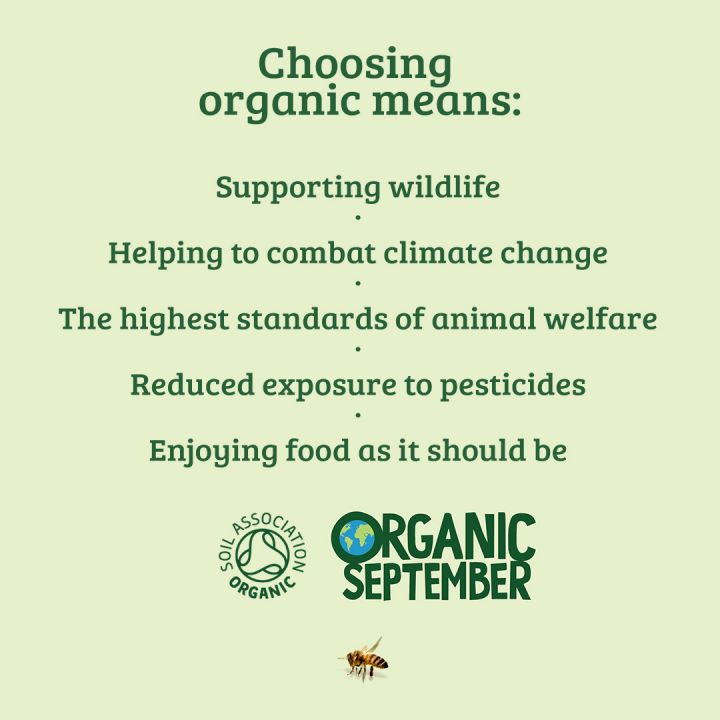 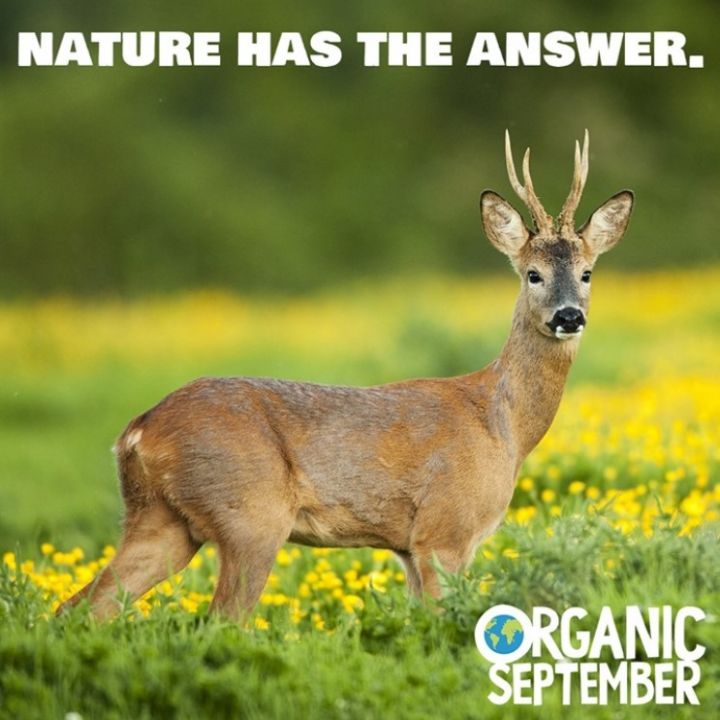 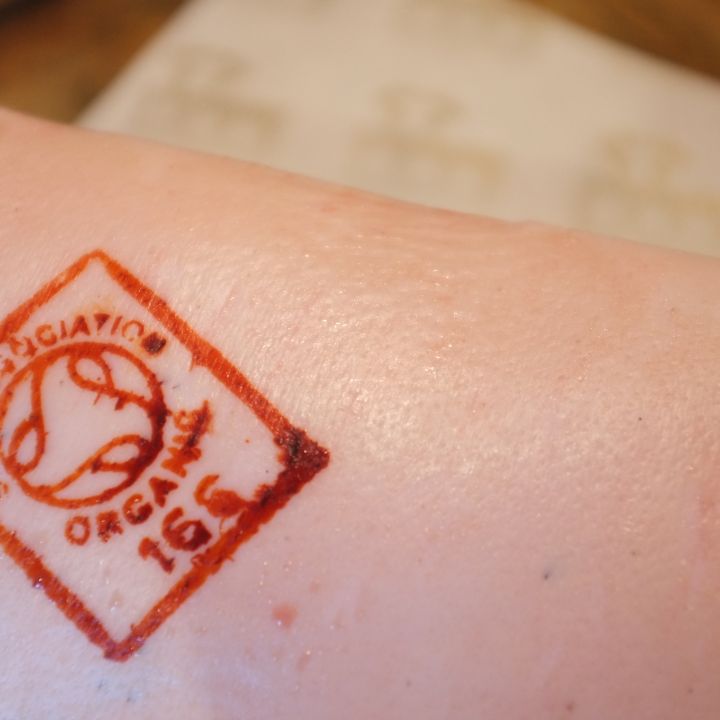 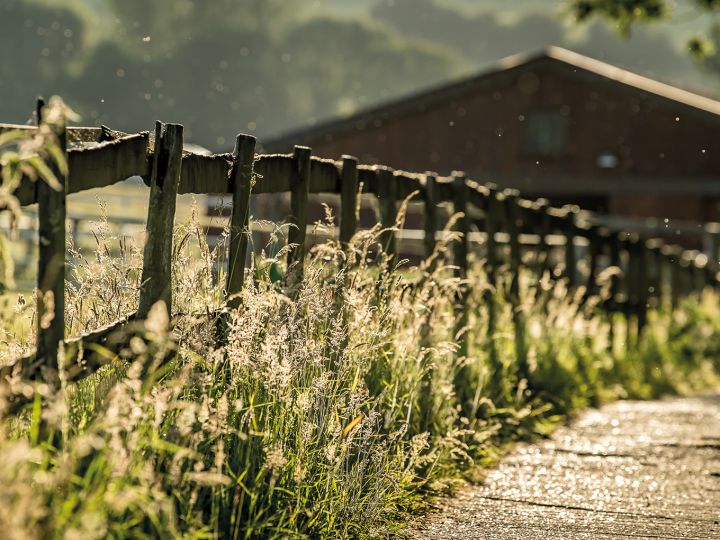 Set in the rolling hills of South Somerset, Coombe Farm nestles in a valley between the towns of Chard and Crewkerne