When thoughts turn to an Easter Roast, lamb is the obvious and traditional choice. Although lesser known, arguably hogget or mutton can be even more flavoursome, but the distinctions between them are not necessarily clear cut – so just what is the difference? Well, it’s driven by age, which of course has a huge influence on the way their meat tastes and cooks.

Lamb is classified as anything up to a year old, however even within this definition there can be a breadth of difference. Typically, British ‘Spring’ lamb is born over the Winter months, and therefore would have had little access to fresh grass, instead being fed on grain. This also helps to finish them at speed, allowing for a much shorter growing period of up to five months. While tender, it won’t have as much flavour as late season lamb.

We rear organic lamb all year round, and believe that it's better for animals to grow at the rate nature intended and lead active lives, thriving on a diet of organic grass as well as clover and herbs. We generally slaughter at around eight months old by which point the lamb will have well-developed muscle with a natural, palatable covering of sweet fat.

Hogget is classed as a juvenile sheep - anything aged one to two years old, which means it is guaranteed to have spent many months grazing on pasture. This pays dividends in the richer taste that results, or as Gill Meller put it in his recent Guardian article – the benefits of four seasons of flavour. It retains a tender texture which lends it to quicker cook recipes than mutton.

Finally, mutton are older sheep – anything over two years old. When it's time for our ewes to retire after lambing, we’re proud to be able to celebrate the mature, rich flavour of their organic mutton meat, developed over several years grazing in the fields. Mutton was once far more popular than lamb, but it fell out of favour when the meat of younger animals became more readily affordable. It has seen a bit of an up-rising of late and we're glad there's a new-found appreciation for this traditional meat – not only does it have incredible texture and depth of flavour, but it's also another great way to cut out waste and make use of every resource we have. If you want a fall-off-the-bone slow roast, mutton is for you. 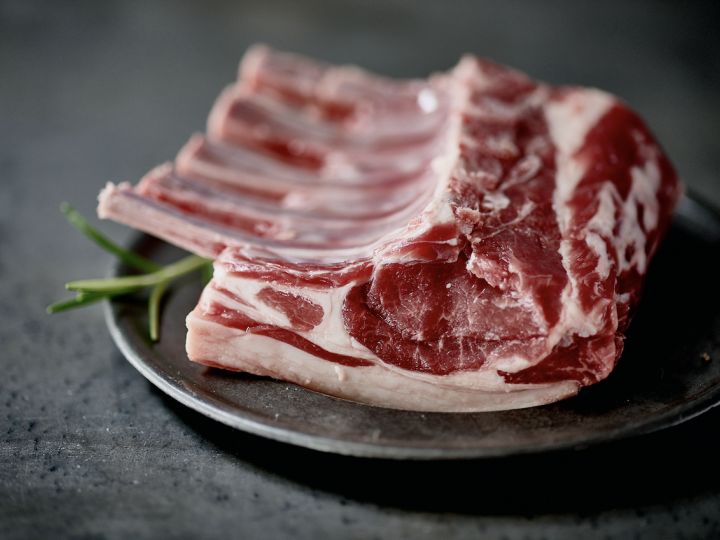 On the Butcher's Block: Rack of Lamb

Here at Coombe Farm Organic, we love the really...

When you want to do something special that’ll deliver on flavour and texture without demanding complicated prep, lamb saddle fillet is a persuasive candidate.