How to Use a Flambadou

how to use a Flambadou 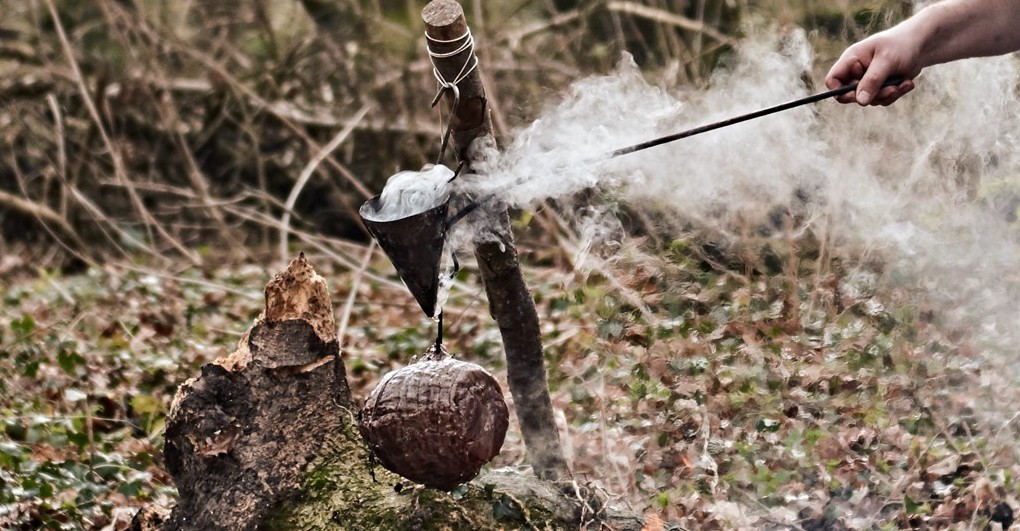 Maybe it’s the sizzle of the meat over flame, the pungent fug of the smoke or the fresh air that gets your tummy rumbling, but whatever it is, outdoor cooking is particularly satisfying. Though barbecue and fire-pit accessories are getting ever more sophisticated, some of the more old-fashioned techniques yield unbeatable results. Take the flambadou, for example. Anyone who loves al fresco cooking will appreciate this traditional French technique for basting meat with fat as it cooks over the coals.

Essentially, a flambadou is a metal cone with a big hole at the top and a small hole at the bottom, attached to a long pole. It’s so simple to use but incredibly effective. You hang your meat to roast (using a frame or metal basket) over the white-hot coals of your fire. Then you nestle the cone of your flambadou onto the fire and heat it until it glows red-hot. It can then be filled with oil, butter or solid fat like lard or dripping and held or hung over the meat. The fat will burst into flames and gradually drip onto your meat from the bottom of the cone. And the result? Super-juicy, flavour-packed meat that’s beautifully brown and stickily charred on the outside but tender on the inside.

Traditionally a flambadou was used when cooking meat with a layer of fat to encourage the skin to crisp up while absorbing the fire’s smokey flavour. Nowadays, it’s a popular way to add extra oomph to anything from steaks to fish and even oysters.

Flambadou Beef Rump
Serves 4
You’ll need…
• 2kg organic beef rump
• 4 tbsp malt extract
• 4 baking potatoes
• 500g mixed wild mushrooms
• 2 sheets nori seaweed
• 1 block salted butter
• Salt
• Pepper
• Malt vinegar
• Fresh thyme
• Rapeseed oil
• Fat (try beef dripping or bone marrow)
1. Begin by lighting your fire. If you’re using a barbecue, offset the grill from the coals; if you’re using a simple grill over an open fire, pile the coals to one side and prop the grill at a 45-degree angle on the other side. Alternatively, you can hang the rump as a sheet (either using a special grilling rack or improvising with a large branch dug into the ground). Just ensure that the meat isn’t hanging directly over the fire.
2. Prepare the meat by seasoning it well with salt and pepper, then lay it on the grill or hang it up. A 2kg rump will take around four hours to cook, though that’ll vary depending on your set up and the ferocity of your fire. Keep the heat ticking over with one or two logs once you have a good bed of coals established. You’re looking for the meat to become tender – just holding together.
3. While the beef is cooking, place the cone of your flambadou on the hot coals. When it’s red hot, fill it with fat and hang it to drip over your meat. You can add as little or as much fat as you wish but for a really crispy outside, letting it drip throughout the cooking delivers the best results.
4. Meanwhile, wrap the potatoes in at least two layers of foil and place them around the edge of the fire to slowly bake. They’ll take about two hours depending on the size and you’ll want to turn them a couple of times to stop one side charring. When they’re done, move them away from the fire so they stay warm but stop cooking.
5. Next, melt the butter in a pan and briefly toast the sheets of nori seaweed over the fire. Then add the seaweed to the butter and let it infuse.
6. Tear the mushrooms by hand, just pulling from the cap or top of the mushroom and letting them rip along the grain. Place them into a metal sieve, sprinkle over a little oil and hold the sieve over the flames. Smoke the mushrooms for a few minutes, tossing them gently in the sieve until they start to soften.
7. About an hour before the meat is done, slacken off the malt extract with some vinegar and use it to baste the meat every 15 minutes. Using a large rosemary sprig as a brush adds even more flavour.
8. Now your rump should be soft and tender but just holding together, glazed with the malt extract and ready to enjoy. Remove the meat from the fire, give it a final seasoning with salt and pepper, and sprinkle over some fresh thyme. Leave it to rest and relax for 15 minutes.
Unwrap the potatoes, cut them open and fluff up the centres with a fork. Season, then top with the seaweed butter and smoked mushrooms. Slice the rump and drizzle over any remaining glaze.

how to build a campfire

A successful fire needs three elements: heat, fuel and oxygen. Getting each of these components right will help you build the perfect campfire to keep you warm while roasting your marshmallows to perfection. If you’re neither an experienced firelighter nor Bear Grylls (most of us aren’t), setting a blaze can seem an exasperating undertaking. But by following these simple steps you’ll be a master campfire builder in no time, even if you never got the scout or brownie badge. 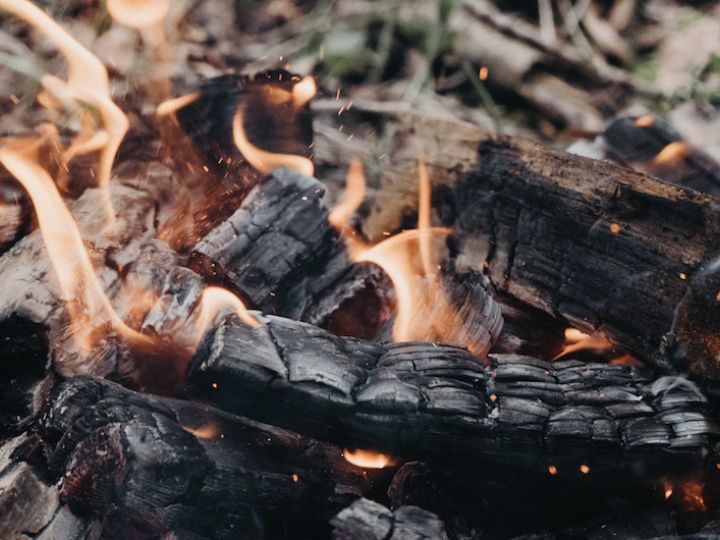 Wood fired cooking has taken bbq to a new level 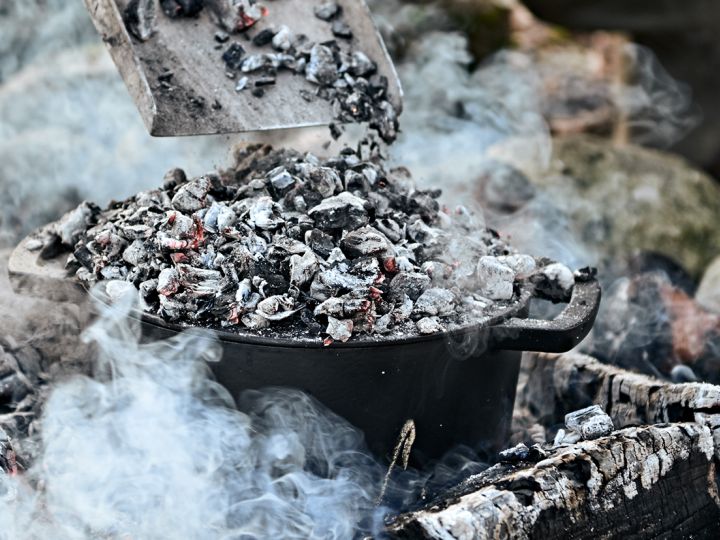 How to Make the Most Of a Cast Iron Pot 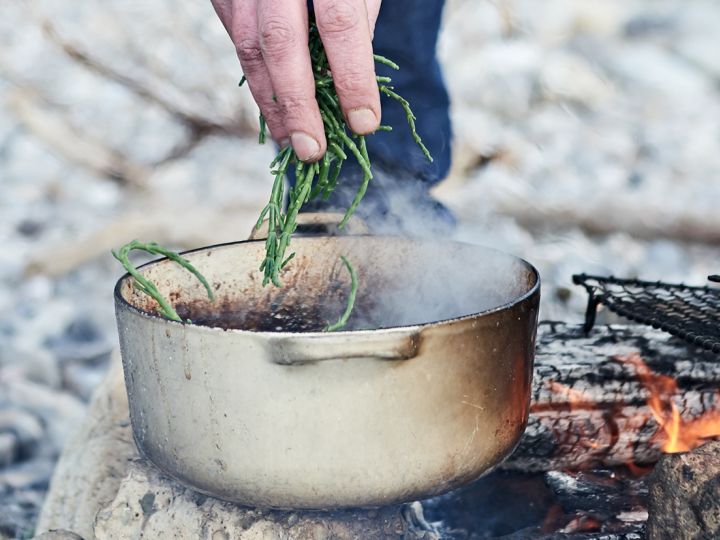 How to Season Without Salt