Hung, aged, dry aged, matured – there are many terms used in the culinary world when describing how old your meat is and how it’s been handled. It can be a bit confusing. So let us talk you through what it means to us here at Coombe Farm Organic.

‘Ageing’ is the term used to describe the period between slaughter and butchery. When a carcass is stored in a controlled environment, enzymes in the muscles make the fibres softer and more elastic. This tenderises the meat without letting it spoil. Aging also lets the meat dry slightly, reducing the water content within the muscle. This further enhances the texture and brings out the flavour. It also means that when you cook with aged meat it won’t seep liquid or shrink. 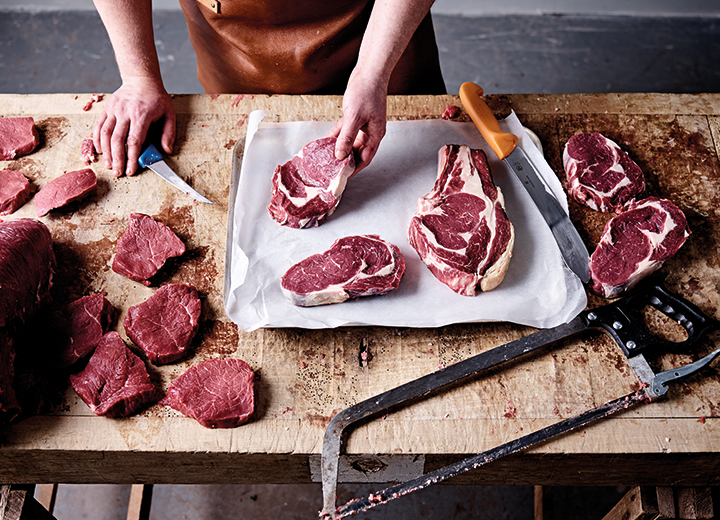 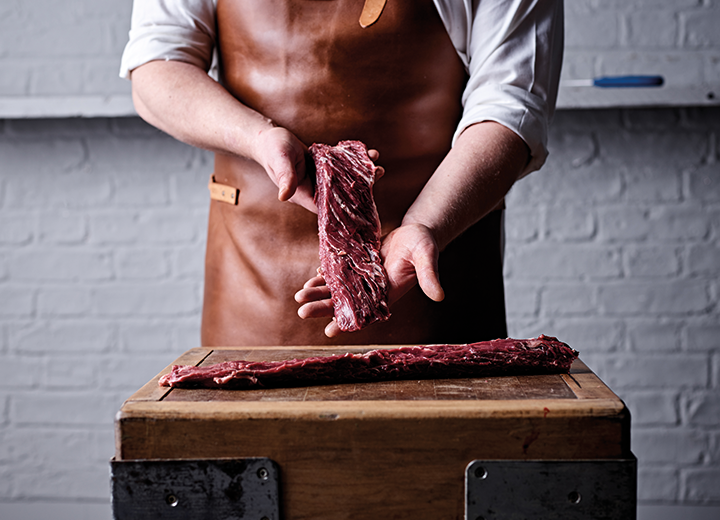 There are commonly two ways to age meat. It can be artificially aged, using specially designed vacuum bags that allow water out of the meat without allowing oxygen in. Alternatively, whole carcasses or ‘primals’ on the bone can be ‘hung’ from a rail. This is the traditional method, and, as is often the case here at Coombe Farm Organic, we think the heritage process works the best.

The old-fashioned way of ensuring our meat is as delicious as possible involves suspending on-the-bone cuts or whole carcasses from hooks on rails in a designated hanging room within the butchery. Each animal has a different hanging time, which has been decided following lots of testing by our team of foodies. The aim is to hang the meat long enough for it to taste amazing, but not so long that it starts to spoil. Hanging for too long means muscle ends start to dry out and have to be trimmed off and wasted.

Our lamb hangs for 1 week, turkeys for 10 days and beef for 3 weeks. Yes, that’s right, we hang our beef for 21 days rather than the popular 28 days. Because we think that’s a foodie fad. After a lot of testing, we found that 21 days hits the sweet spot and achieves optimum flavour and texture. We do, after all, grow our beef animals for years so we wouldn’t sell ourselves short by cutting down on hanging by 1 week if we thought it added any benefits.

At Coombe Farm Organic we like to hang our meat in the presence of Himalayan salt. This helps create a clean and sterile microclimate within our hanging room and pulls moisture from the air that circulates around the meat. It inhibits the growth of microorganisms within the muscles by drawing water from their cells. Most importantly in terms of eating experience, the salt enhances the concentration of flavour by absorbing into the muscle fibres while the layers of marbled fat are being fixed. It ‘denatures’ the proteins (destroys the cell structures within the meat), making every cut incredibly tender.

In a commercial meat industry where tight margins and fast turnarounds rule, hanging has lost popularity. It takes time, risks spoiling and adds cost. To do it effectively requires a large room with specific conditions that have to be attentively controlled and monitored. And the weight lost through drying – around 15-20% of the original carcass weight – demands either a higher price tag or lower profit per kg sold. In our opinion, the results are well worth the effort. We believe it’s only right to put as much care into preparing the meat as we do into rearing, growing and caring for our animals. This means just the right amount of hanging followed by skilful butchery, so you receive meat that’s the best you can eat. 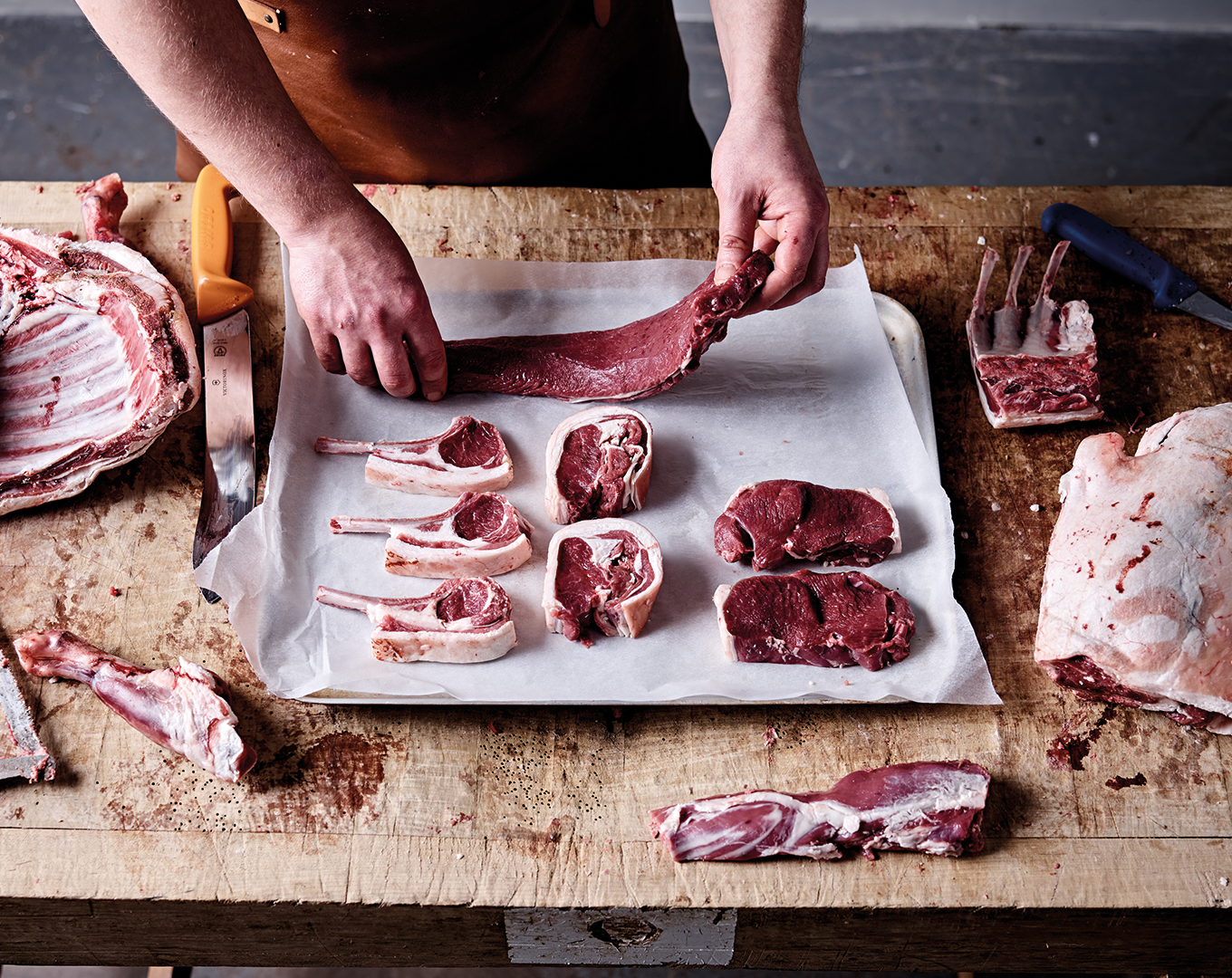 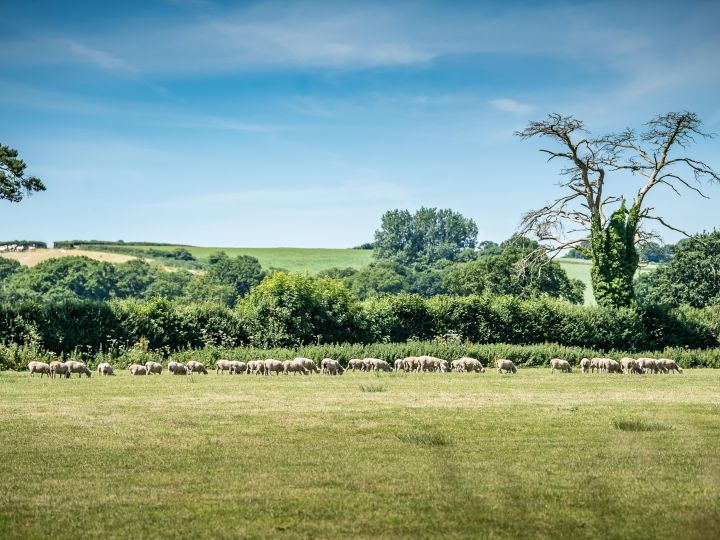 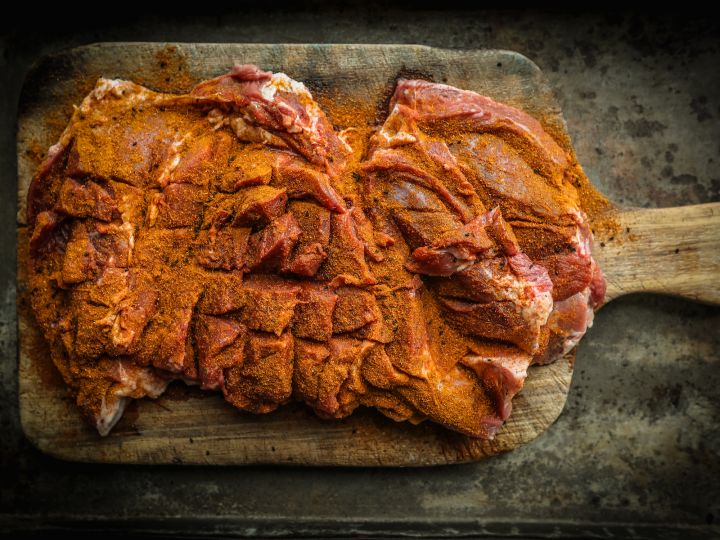 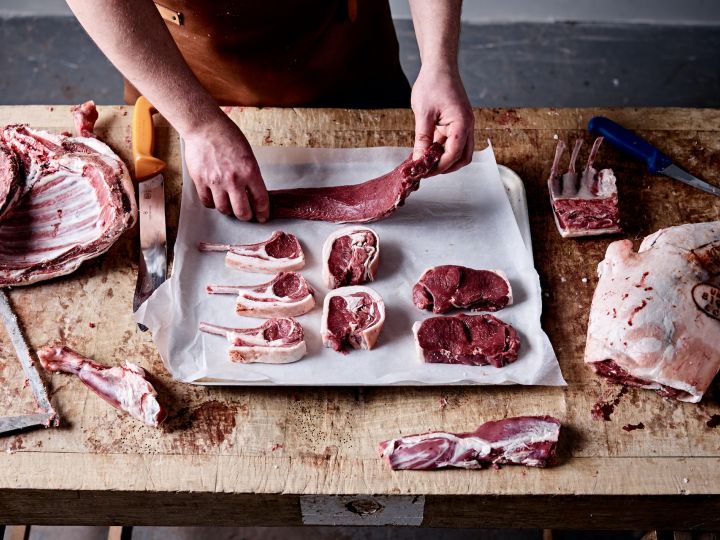 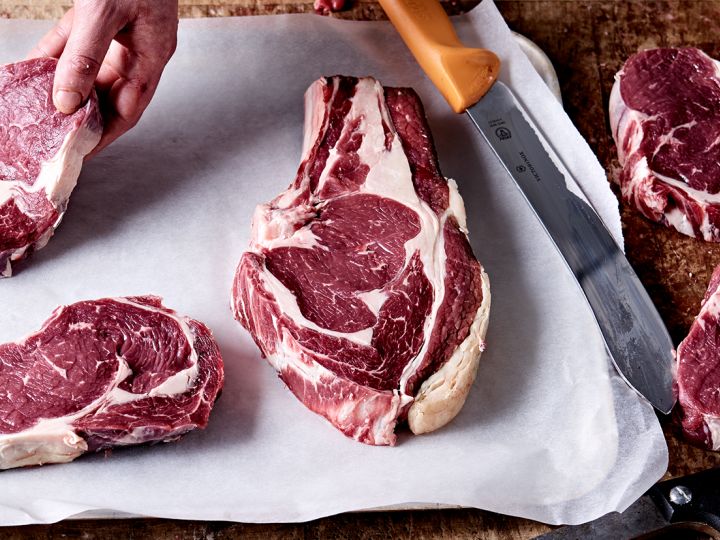 What does 'Marbling' Mean?

Just what is marbling and why is it considered to be the holy grail of steaks and roasting joints?