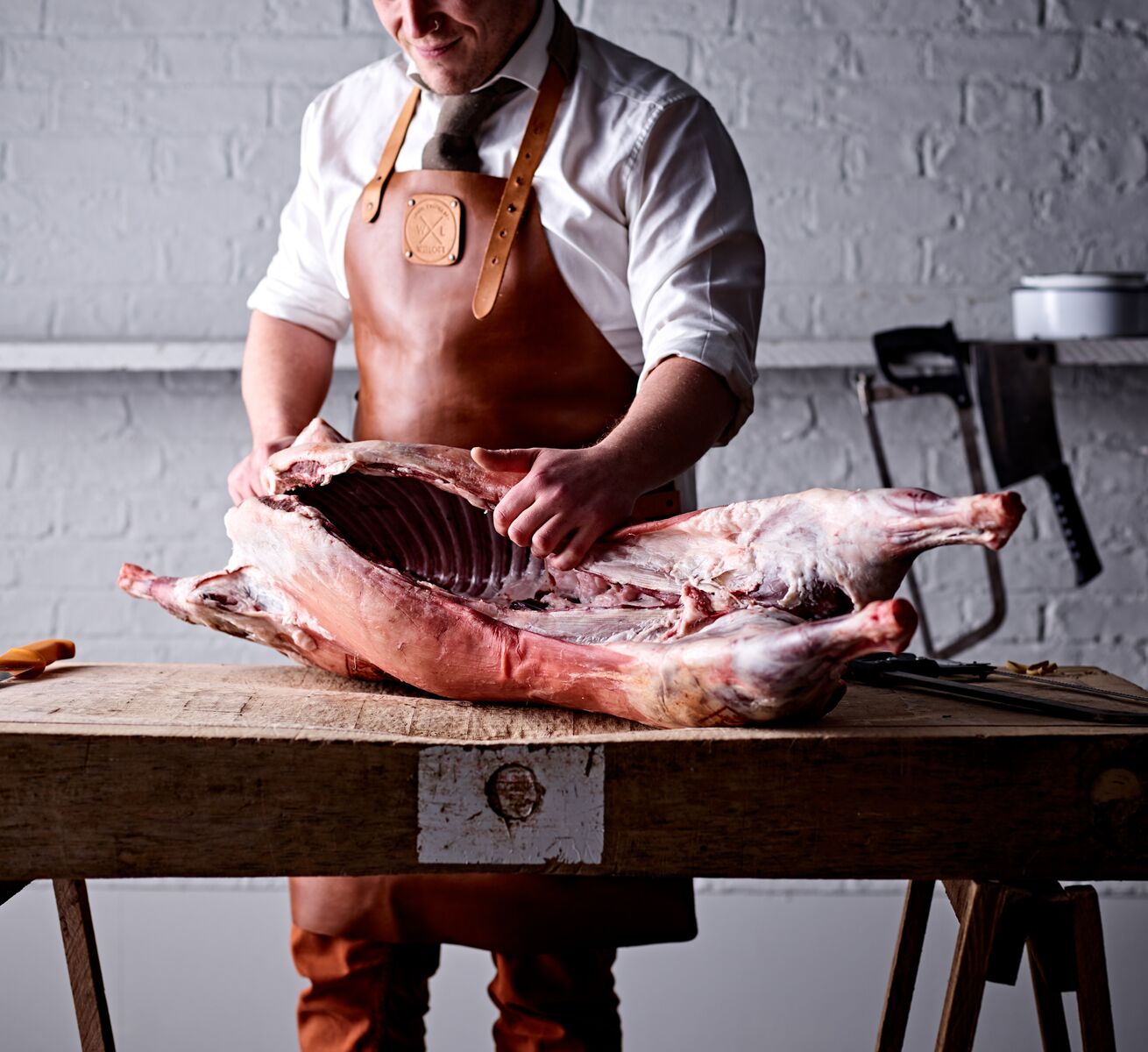 ON OUR BUTCHER'S BLOCK

Butchery is an ancient skill and one to which most of us probably give little thought. It requires detailed knowledge of the anatomy of each animal, as well as an understanding of how all of the muscles and bones join and work. Working in a butchery every day is very physically demanding and calls for tremendous stamina, deft knife skills and precise attention to detail. Add to that the fact that there are many, many different ways to cut up each kind of carcass and you might start to get the idea that butchery calls for brains as well as brawn.

At Coombe Farm Organic, we approach butchery with a whole-carcass perspective. That means when our butchers start working, their intention is always to make the most of the carcass, from head to hoof. We don't believe in wasting anything, so they have to be sure that the cuts they produce make the best use of the animal and are what people want to buy.

By using a technique called 'seam butchery' we produce meat that's easy to cook and consistently delicious. The method involves working with, rather than across, the animal's natural muscle groups. As different muscles have different characteristics when you produce a joint that includes lots of different muscles it can be tricky to cook. Some muscles will need less cooking time than others, so you can end up with over- and under-cooked parts, all in the same piece of meat. With a single-muscle cut, you can be sure it'll be perfect all the way through. The term 'seam butchery' relates to the natural seams between the muscles where they overlay each other. When you find a seam, it's remarkably easy to separate the muscle layers. A skilled butcher knows exactly where these seams can be found and exploiting them means breaking down the carcass requires less brute force.

If you've enjoyed meat from us before, you'll know that we present it in a way that means it's ready for you to work with. Our butchers are meticulous in preparing every cut, trimming off excess fat and neatly tying up roasting joints so there's no prep for you to do. And, importantly (we're obsessed, we know) there's zero waste. After all, who wants to buy a piece of meat only to chop bits off and throw them away? Hmm, as we thought, that'll be no-one, then. 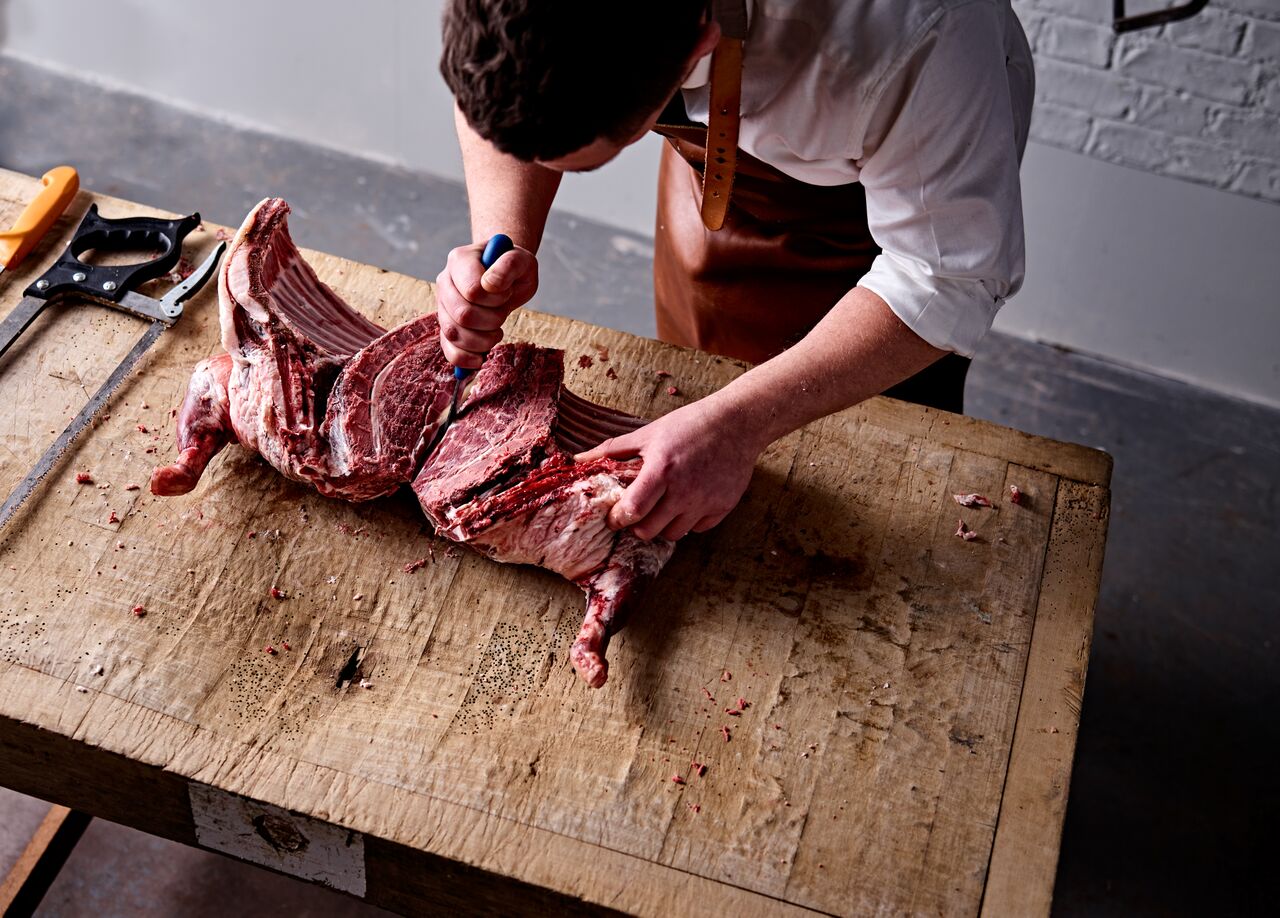 Let's take a closer look at a cut: Organic Sirloin Steak On The Bone

You guessed it, we've left the bone in. It's not an awkward bone, so it doesn't interfere with your pleasure while eating, but it does bring a lot to the succulence party. Cooking your steak with the bone in means you're getting a seam of connective tissue between the bone and the meat that will render down and add flavour while you cook. The bone will also stop the meat from losing moisture, so it locks in juiciness. And we're all in favour of that.

Beef is an excellent source of the vital protein we all need in our diets. At Coombe Farm, we follow a system of farming that means the meat we sell is nutritious, yes, but it's also as pure as it gets.

Our cattle are fed predominantly on grass – be that fresh pasture in the summer or meadow hay in the winter. The digestive systems of ruminant animals know how to get the most nutrition out of the grass, so we trust nature. Because we're organic, we don't spray or spread weedkillers or fertilizers onto our fields, so you can be certain that when you eat beef from Coombe Farm it has no chemical taint or trace.

To get the best results from your organic sirloin steak on the bone you have to get the temperature right. And by right, we mean smoking hot. By heating your pan or griddle until it's simmering you can render down the steaks external fat and melt the internal marbling without drying out the meat. 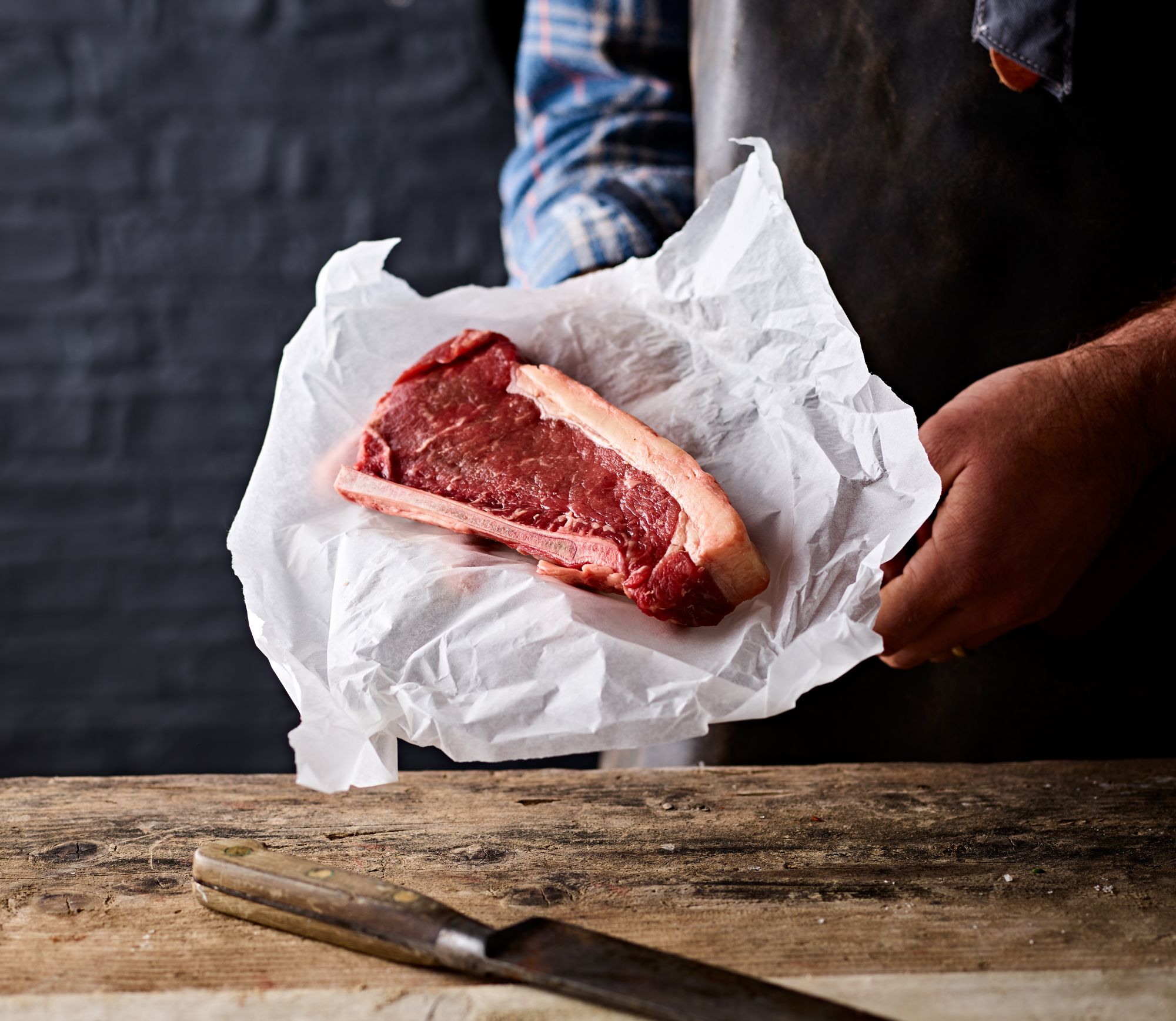 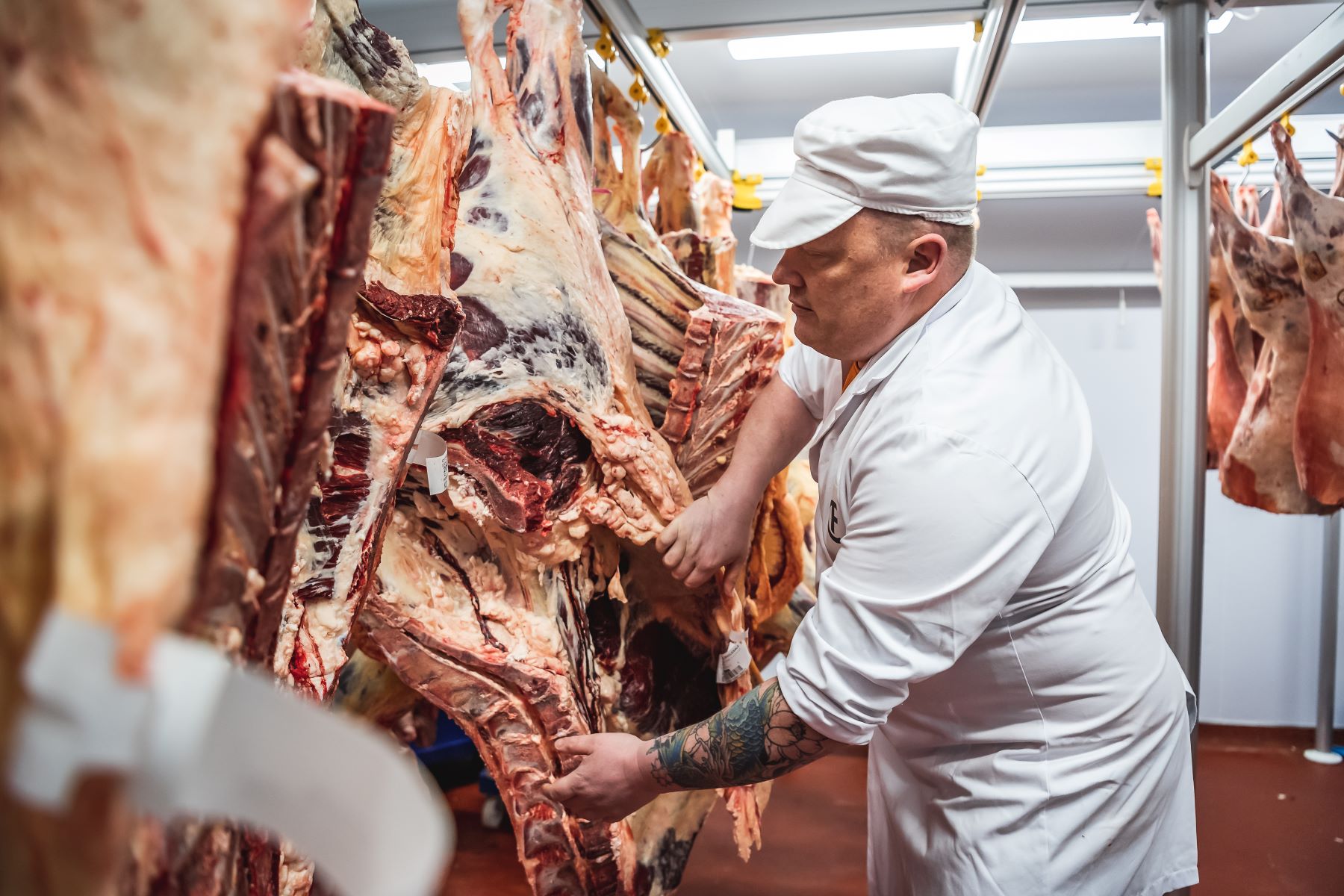